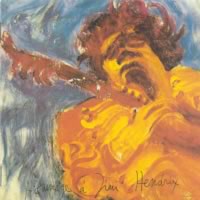 05. Are You Experienced info

The Jimi Hendrix Concerts
If I remember correctly, this is the very first Hendrix album I ever bought. I love it dearly. It's a "best of" of sorts, some of the best live Hendrix I've ever heard. Depending on where you live, it may be hard to find these days. I bought a CD copy a few months ago at the Mall of America. It was a French import, which is fitting, since I left my cassette copy (the first Hendrix I ever bought) in France about a two years ago.

There are a few different versions of this kicking around. Mine has:

While this is a great compilation, some serious editing/sound magic was done to put it together. Most of the between-song chat is from the San Diego concert.


All selections are equalized in volume and superimposed on a "canned" audience applause to make it sound as a single live concert. This, in turn, means that such 'transparent'/close recordings as Winterland had to be 'distanced' to minimize the difference from more distantly balanced selections (I compared it with my Ryko disc Live at Winterland).
Some selections are CRUDELY edited, e.g., a minute or so into Fire there is blatant splice, clearly audible on headphones. (My Ryko Winterland 'Fire' has no such splicing, and, in fact, is a different performance altoghether.) This suggests that some original performances were much longer then what made its way on "concerts" CD, or that they were spliced from different recordings (e.g., 6 shows over 3 days at Winterland).
The "bleeding heart" from Royal Albert Hall 2/24/69 has an instrumental intro that goes 3 times through the standard 12-bar sequence before Jimi starts singing (on my sountrack CD for that filmed but never released performance on Timeless Treasures label). On the 'concerts' cd, the third repetition of the 12-bar sequence (over a 1minute long) - the most gentle and dreamy of the three is EDITED OUT!
However, don't let this discourage you from seeking it out. It's a great listening experience. Probably due to my history with the album, this is the one instance where knowledge of the hack-job doesn't taint my opinion.
---
http://membres.lycos.fr/manowe/jimi/hendrix-concerts.htm

"Concerts" is a live package of songs, put together in the context of being a complete concert. Some pretty good performances here, although once again "Butcher" Douglas strikes with his edit button, cutting part of an intro to one of the songs. Only reason I picked it up was on another CD I have some of the same concert, and just happened to hear the 2 CDs back to back and noticed the shortened version. But overall, a pretty decent release, including a great performance of my favorite song, Little Wing. There have been at least 2 versions of this CD, the "remastered" version includes the bonus song `Foxey Lady' from the L.A. Forum concert. This one is now out of print, so it will be a difficult one to find if you wish to add it to your collection.
Fire 3:47
I Don't Live Today 6:26
Red House 8:01
Stone Free 10:18
Are You Experienced? 6:11
Little Wing 3:48
Voodoo Child (Slight Return) 6:49
Bleeding Heart (Blues In C Sharp) 7:14
Hey Joe 4:42
Wild Thing 3:12
Hear My Train A Comin' 8:04
Foxey Lady 4:46 *
* Bonus track on "remastered" version