The McLaughlin and Winter Jams 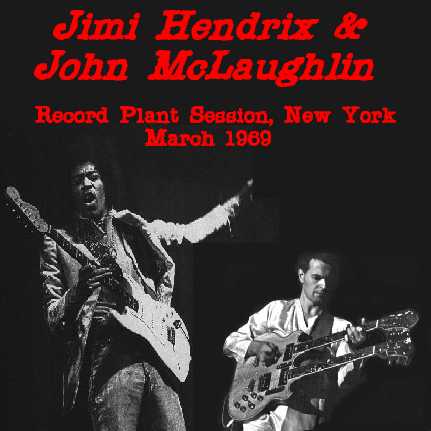 07. Ships passing in the night info

Here's the complete Hendrix jam with John McLaughlin.
I got this in a trade, I've never heard it in better quality.

To fill out the disc I included the jam with Johnny Winter.
Quality is nice on that one too, just a little bit hiss.

Nothing has been officially released. The last track of the Winter jam
was released on "Lifelines", so that's not included.

To me it sounds like Mitch Mitchell, not Buddy Miles, is playing on the final part
of the McLaughlin jam.

On the first tracks there are three guitars and one bass player.
So if the first line-up is the correct one, who's playing bass?